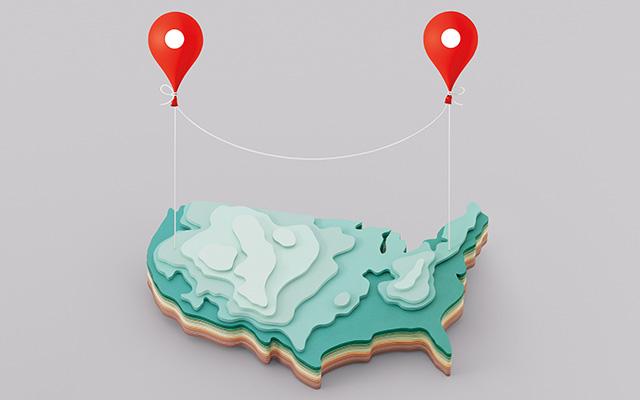 Actual facts, not advertisements, tell the tale in 2016 – all wireless networks do NOT offer customers the same experience.

Verizon’s $5 billion network investment during the first six months of this year helps give customers an even better network experience when they need it, and in more places. That sustained investment means fast data speeds, more people across America experiencing 4GLTE technology, and reliability that can’t be matched by mere advertising campaigns.

The facts tell the story. 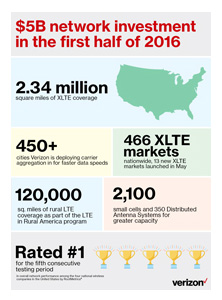 Verizon installed more than 1,500 new cell sites and added XLTE technology to more than 1,700 sites across the country from January to July, to accommodate exponential data usage growth and to enable customers to experience an unmatched level of reliable connectivity.

Teams also focused on handling ever-increasing traffic on America’s largest and most reliable network by designing and deploying new small cell sites and Distributed Antenna Systems (DAS) in locations across the U.S., including arenas hosting the Republican and Democratic national conventions this month.

Small cells consist of a radio, antenna, power and a fiber connection and are strategically positioned on street lights, sides of buildings or other structures. They operate within Verizon’s existing network coverage area to add additional 4G LTE capacity where it’s needed most – in heavily trafficked areas.

Verizon engineers work around the clock, checking and testing the performance of our network, to ensure that it’s optimized across the nation. In a single day, they analyze over 1,000,000,000,000,000 (one quadrillion!) bytes of data.

The Verizon network ranks highest most often in leading studies, and in multiple tests, year after year. For the fifth consecutive testing period, Verizon’s network was rated No. 1 in overall network performance among the four national wireless companies in the United States by RootMetrics® in its National RootScore® Report (Rankings based on the RootMetrics U.S. National RootScore Report: 2H, 2015.)

DISCLAIMER: Rankings based on the RootMetrics US National RootScore Report: 2H 2015. Tested with best commercially available smartphones on 4 national mobile networks across all available network types. Your experiences may vary. The RootMetrics award is not an endorsement of Verizon. Visit www.rootmetrics.com for more details